Finding a block of feta cheese is like a “golden ticket” in Charlotte right now, all because of a viral TikTok recipe.

The baked feta cheese pasta recipe is simple: Put a block of feta cheese surrounded by grape tomatoes and coated in olive oil in the oven, mix it all up, add pasta and serve. Many have put their own spin on the dish, adding cloves of garlic, basil, a variety of spices, vegetables and even chicken for a low-carb alternative.

The dish first originated in 2018 in Finland, according to the Washington Post. Now, the #bakedfetapasta hashtag has almost 65.8 million views on TikTok, and grocery stores are selling out.

The Fresh Market told CharlotteFive that since Jan. 25, its feta sales have increased by 45%, prompting the North Carolina-based grocer to release its own video with step-by-step instructions on crafting the dish.

As blocks of feta sell out and the dish grows in popularity, Charlotteans shared their experiences making the dish and even imparted their tips for finding alternatives.

Natasha Anandani, owner of the charcuterie business Brie & Things, first saw the recipe, of course, on TikTok. Anandani was able to get her hands on a block of feta from Trader Joe’s the first time she made it. The dish proved a winning combination — both delicious and easy. “You just dump it all in and pop it in the oven, and it’s good to go,” she said.

Her tip for making the dish is to save some pasta water to add in at the end and make it extra creamy.

Cristina Bolling, managing editor for The Charlotte Ledger, made the pasta after her 15-year-old daughter sent her the TikTok recipe. After first trying it with a block of mozzarella — too stringy in the end, she said — Bolling found a barrel-aged block of feta last week, the last one left at her grocery store. Her daughter made the dish, and her family loved it.

Then it hit her: “I thought, ‘I wonder if there were no blocks of regular feta because of this TikTok thing?’”

Bolling then covered the apparent feta cheese shortage across Charlotte in a Feb. 11 story in the Ledger. “We’ve been selling a lot of it lately … we do think it’s from ‘TikTok pasta,’” a Publix employee said. “Everybody’s wanting to make it.”

After making the dish once — and giving it a solid nine out of 10 ranking – Anandani went back for more. But after going to her local Charlotte Trader’s Joe, Publix and Harris Teeter last week, blocks of feta were nowhere in sight.

“I can’t think of a time when something went so viral on social media and it wiped out all of something,” Bolling said.

WSOC reporter Joe Bruno “reported live” on Twitter from local Charlotte stores on Feb. 10 and 11. No luck at the east Charlotte Food Lion or the Midtown Trader Joe’s. But Bruno tweeted he was able to find a block of feta at the Plaza Midwood Harris Teeter.

“Can confirm the TikTok feta pasta is very good. Add chicken to make it more of a dinner,” Bruno tweeted.

No block Feta cheese at the Midtown Trader Joe’s either, @CltLedger. Found one at the Plaza Midwood Harris Teeter. Can confirm the TikTok feta pasta is very good. Add chicken to make it more of a dinner

Anandani said her biggest tip for the dish is to get a good quality feta. For the real deal, consider making a trip to one of Charlotte’s Greek grocery stores, such as the Agora Greek Market or Minos Imported Foods, Inc. in Matthews.

To crumble or not to crumble?

If blocks of feta aren’t on your local grocer’s shelves, many people have substituted packs of crumbled feta, often used for topping a Greek salad.

Anandani said crumbled feta was all she could find when she tried to make the dish a second time. “It was not the same,” she said.

Amanda Rosen agreed that the block of feta makes for the best dish because it browns on the outside and mixes better after baking.

But Rosen said she’s found success with crumbled feta by making sure she buys at least eight ounces, which normally equates to two containers. If you don’t have enough cheese, it will not taste good, she said. But Rosen insisted it can work.

When Rosen first made the dish, she went off the beaten path, substituting rotisserie chicken for noodles to accommodate her low-carb diet (independent of Bruno’s suggestion).

Rosen then made a TikTok documenting her alternative — and proceeded to get over 1.1 million views on the social media app. This latest video marks Rosen’s third time going viral for her keto-friendly alternatives.

“To be honest, I’m not known to be a good cook, so the fact that people are following my low-carb recipes makes me laugh,” Rosen said.

With the struggle to find feta, people have also explored using other cheeses as a workaround.

Rosen said she’s heard of people finding success with goat cheese. Bolling said she has also heard that the combination of Boursin cheese and cream cheese can work well.

But why this recipe? How did this dish reach such viral heights?

Wynee Bermudez, the Charlotte blogger behind the popular food-reviewing account @wyneesworld, said while she has never tried the dish, its popularity likely stems from the simple, and already delicious, ingredients.

“I don’t see how it could not taste good,” Bermudez said. “It’s tomatoes and cheese — I mean, duh, it’s going to taste good.”

The recipe also provides a solid foundation to build from. In the future, Rosen hopes to try it with some kind of vegetable — potentially zucchini noodles to hide the veggies for her family.

Rosen said she loves the dish because it truly tastes authentic. “It makes a homemade sauce that tastes like it was on your stove for hours,” Rosen said.

But maybe, the dish’s popularity really just comes down to needing a little comfort.

“Maybe we all need some comfort food because it’s winter and we are in a pandemic,” Bolling said. “But it is really funny to think that feta is impossible to find right now, it’s like a golden ticket.”

Sign up now to get CharlotteFive in your inbox daily.

Maddie Ellis is a reporting intern with CharlotteFive. She studies English and journalism at the University of North Carolina at Chapel Hill. 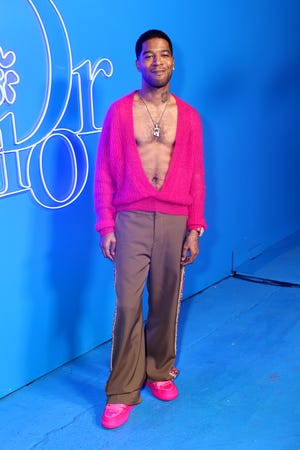 Deals, free food offered in app and stores this week