I know for a fact that my eyes are connected to my ears because every time I hear the words “TikTok” or “influencer,” my eyeballs immediately roll back up into the top of my head.

When I was fretting to a friend about how I was going to use up all of the tomatoes from last summer’s garden now languishing in my freezer, she said, “There was this influencer on TikTok who had a recipe that used feta and tomatoes.” I was glad it was a phone conversation so she could not see the whites of my eyes. Luckily, my friend persisted, sending me a link that led me to a delicious gussied up version of mac and cheese.

Suddenly, versions of this recipe are appearing in places like Sunset Magazine, all with different add-ins, but with the same basic ingredients: cherry tomatoes, olive oil, sheep’s milk feta cheese, and some sort of pasta. By last count I have used up 15 quart-sized bags of frozen tomatoes experimenting with different versions and here is why I am joining the crowd by offering readers of the News-Miner my version: I am not using the cherry tomatoes that were a mainstay in all the recipes I examined.

Why? Because cherry tomatoes usually are more expensive than the other varieties. Second, even in the winter cherry varieties taste good enough that you can eat them in salads, while larger types are basically flavorless and are thus a pointless addition. Better to use insipid tomatoes in a way that brings out what little flavor there is hiding in that flabby flesh, which roasting does beautifully. Third, a lot of us are at the point where we are desperate to clean out those plastic totes sitting on the porch acting as auxiliary freezers, so the premium is on using up frozen foods before our temperatures get too warm. Finally, a lot of these recipes were very specific about what to use, but I like being able to add or subtract items instead of feeling like I need to go to the grocery store to buy one more ingredient before I can make a recipe.

So here is the basic recipe: 1 pound of tomatoes, 7 ounces of sheep’s cheese feta (because the goat’s milk type will give you a gritty texture), a few cloves of garlic, and 1/4 cup olive oil. If you look at the recipe, you will see that I add salt and pepper and some balsamic vinegar, but you will still get a pleasing sauce if you omit those items. The recipe also has 12 ounces of freshly cooked pasta listed, but if you have only ramen, use that. If you are watching your carbs, this tastes great on baked chicken breasts or spaghetti squash or zucchini noodles. I have even enjoyed it on a slice of toasted crusty bread. If you have leftovers, whether in sauce form or with pasta already mixed in, add them to soup for a nice burst of flavor.

I also have tossed the following ingredients into the pan before baking: chopped up artichokes leftover from a jar of spiced hearts, finely diced leeks or onions, some leftover sausage, diced chicken, and well-drained frozen spinach. I imagine that kale or chard would work well, too. I don’t put in so much that it overwhelms the basic feta-tomato recipe, but this sauce has enough body to provide cover for bits and bobs of leftovers that you might otherwise leave in your fridge until they spoil so you don’t feel guilty throwing them out.

The worst thing about this dish is that I am now periodically checking this TikTok influencer to see what else she is cooking up.

• 1 pound tomatoes, fresh or frozen, chopped up to the size of cherry tomatoes. While I don’t mind the skins, if you are not a fan, then remove the skins. (Don’t obsess if you have more than a pound. This is a very forgiving recipe and I have used as much as a pound and a quarter and things turned out fine.)

• 7 ounces sheep’s milk feta, preferably in block form. If all you have is crumbles, they will work but don’t sprinkle them in until 20 minutes into the baking.

• 4 large or 6 small cloves of garlic, chopped up to pieces. Some recipes say to slice cloves only in half before using, but pieces that large do not mash down easily.

• 12 ounces of your favorite pasta shape

• Salt and pepper (Optional. Feta is a pretty salty cheese so I would wait until serving to add the salt.)

Spread the tomatoes over the bottom of a pan that is about a 9-by-6 size. I have used a cake pan that was 8-by-8 and it worked fine.

Mix in the garlic pieces. Drizzle on 2 tablespoons of the olive oil and then drizzle on all the balsamic vinegar.

Nestle the block of feta in the middle of the pan, right on top of the tomatoes. If you are using crumbled feta, wait until the tomatoes have been baking for 20 minutes before sprinkling the cheese on top; do not mix in the cheese, you want it to get a bit brown.

Drizzle the remaining tablespoon of olive oil over the block of feta. If you are using crumbled feta, wait until you add the crumbles before drizzling on the remainder of the oil.

If desired, lightly pepper the tomatoes before putting the pan in the oven. Set the timer for 40 minutes.

About 15 minutes before the timer is set to go off, put your 12 ounces of pasta on to boil. Before draining, reserve a half a cup of the cooking water.

Remove the pan from the oven and mash down the soft tomatoes and cheese. Stir in the drained pasta and, if the mixture is dry looking, add 2 tablespoons at a time of the pasta water to make it saucier. Taste and salt, then serve.

Linden Staciokas is a freelance writer, gardener and cook who lives in Fairbanks. She can be reached at [email protected] 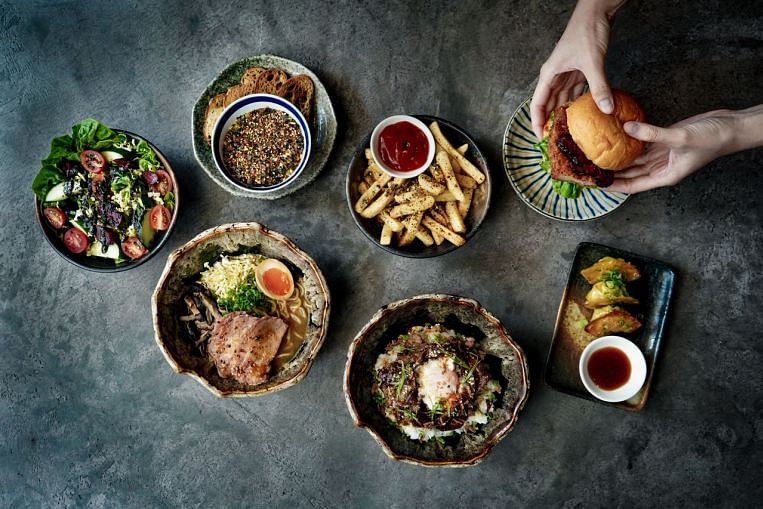 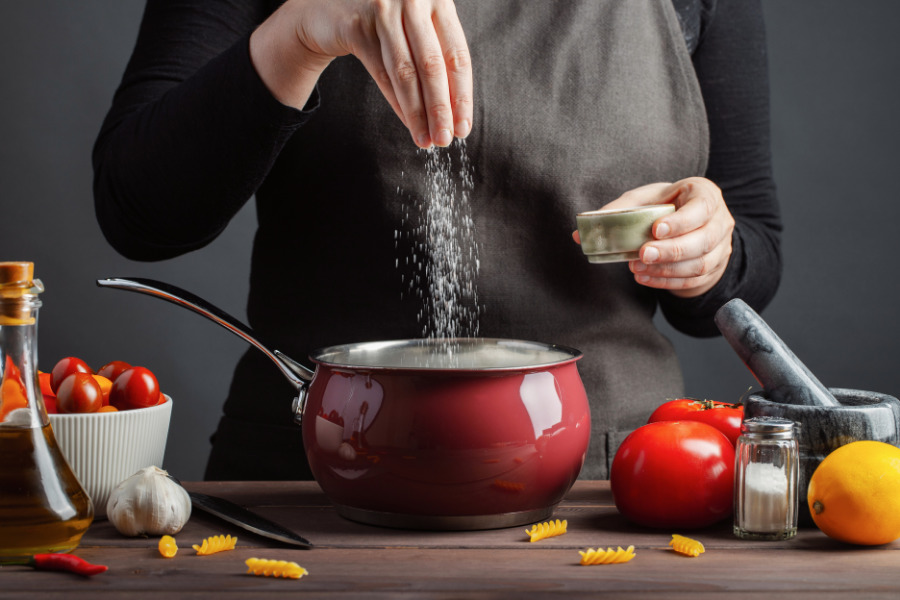 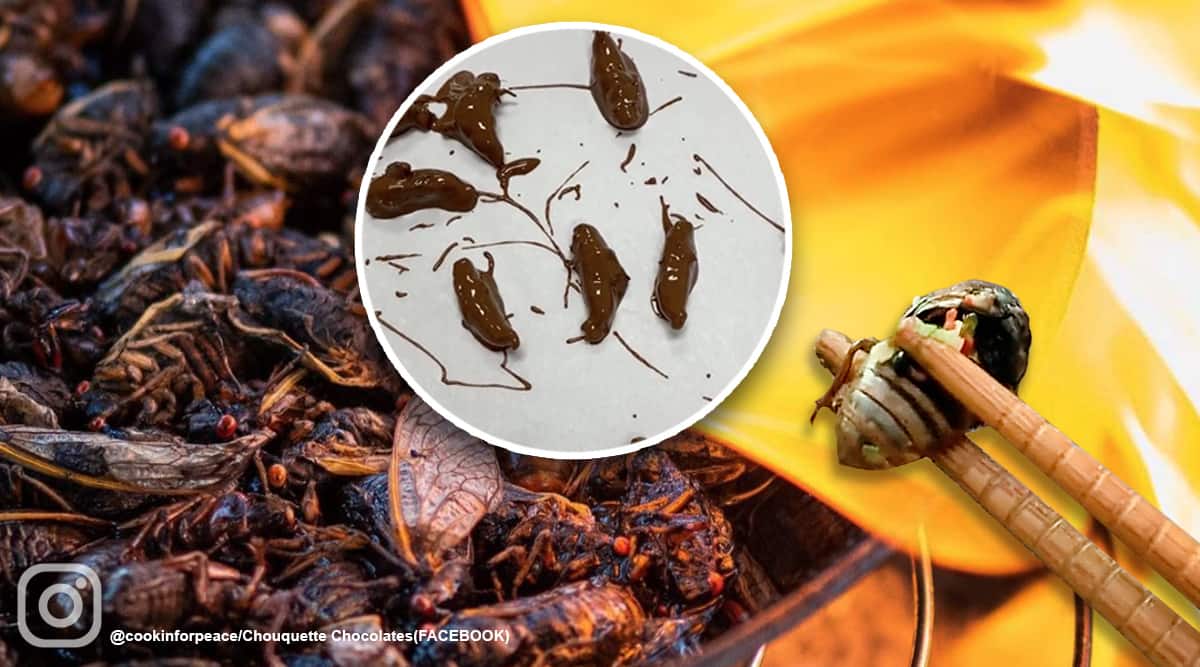 As cicadas emerge in the US after 17 years, insect delicacies take over social media 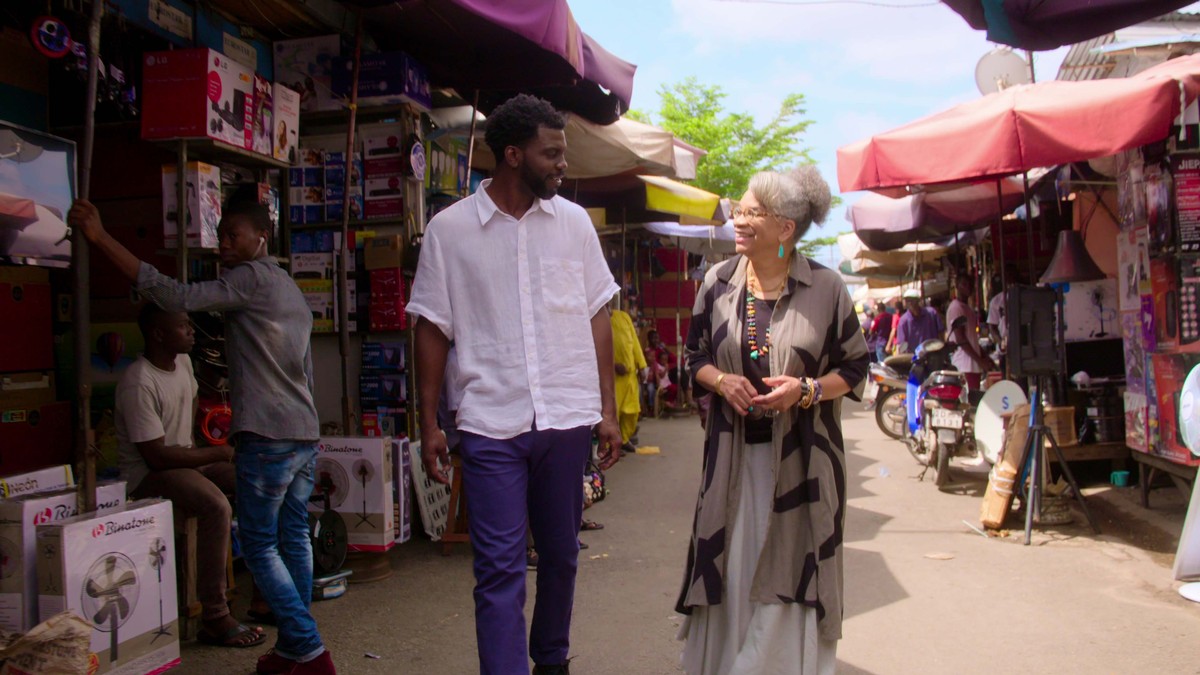 A simple salad is a summertime staple | Food/Recipes