Savannah’s own Shabazz Seafood Restaurant will soon be streaming on Netflix.

Selling seafood in Savannah isn’t hard. Everyone who likes it has a favorite place, but one thing most of us can agree on is that if you want quality, no-frills fried seafood, you go to Shabazz Seafood Restaurant.

The bright yellow building off West Victory Drive and Martin Luther King Jr Boulevard has long been known to locals. But Kalifa Shabazz, daughter of Alderwoman Dr. Estella Shabazz and Yusuf Shabazz, is determined to make it an internationally known name.

“We provided an environment that was conducive to learning and operated our house like a think tank, said Yusuf Shabazz.

“[Kalifa] was always a very focused young lady and worked hard, so it wasn’t a hard job to instill those values.”

Increasing her family’s presence online has been a big part of her process.

“So, when I started, I was at school and getting my master’s degree from Barry University specializing in biomedical science research, and I saw that the restaurant needed a rebranding; meaning they need a website, they needed some more content created, just a whole digital aspect. So when people see my parents, they automatically know that’s Shabazz Seafood. It needed to be on a global level, right? In order to be on a global front, you either got to run ads or create a website and do some SEO,” Kalifa said.

“And so I took that into consideration in 2017 and learned everything that I needed to know in terms of website creation, content creation, search engine optimization, and data analytics.

“Fast forward to 2020 and that’s when Shabazz Seafood was recognized by a national publication.” 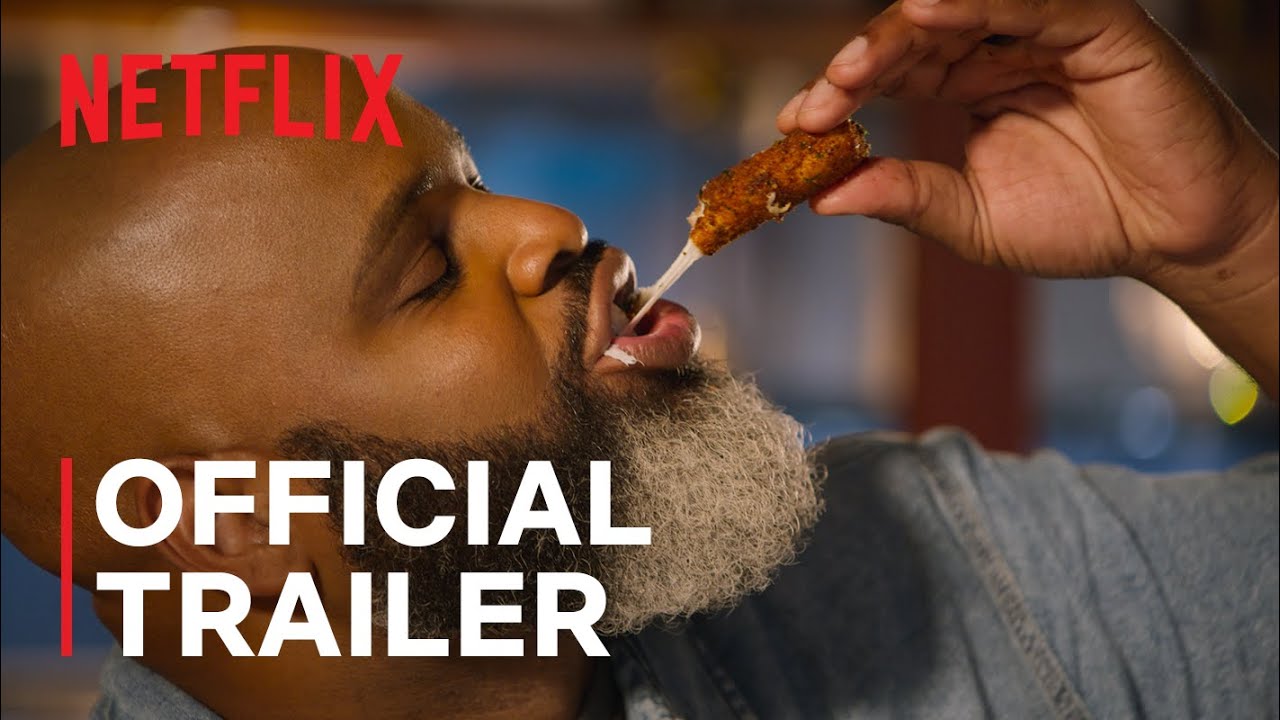 Shabazz Seafood was named one of the eight best seafood restaurants in Savannah by “Condé Nast Traveler” last year.

Clearly, Kalifa’s work had paid off, but that wasn’t the end.

Dine and Dash:Upgrade your Savannah park picnic to a staycation with choice of food, relaxation

“And then a random call comes through to the restaurant from a producer, and it got forwarded to me,” Kalifa said. “He said, ‘Hey, we’re doing a new show on Netflix, and we run around to all the top restaurants who have the best fried food, and we feature it. So, we want to feature Shabazz.’ I said all right.

“We talked with the producers. They loved our story, our background, and what we had to offer. They chose us to come down and film in August of 2020, and the show is premiering on June 9th.”

That show is called “Fresh, Fried & Crispy” and is hosted by Daym Drops who is known for his food reviews on YouTube starting in 2009.

In the trailer for the show, Drops proclaims, “I’m not leaving until I tell you the best fried food in the city.”

In a city filled with fried foods like Savannah, that’s truly saying something.

The show chomps its way through cities like Cleveland, Las Vegas, and Birmingham. All with the promise of finding the tastiest fried foods.

While Kalifa was in talks with the producer from the “Fresh, Fried & Crispy”, she wanted to know how they had come across her family’s restaurant.

“He said, ‘Hey, y’all have been doing a lot on the internet. I heard the reviews. Y’all have I have something down there called the Super Supreme Combo, or something like that?’ I said, ‘Yep, that’s us.’

“That’s how he found us. With all the contributions, all the stuff that I designed and came up with over the years since 2017.”

Kalifa is beyond thrilled with the increasing attention on Shabazz Seafood. She’s even offering resources to other aspiring business owners and investors within the Black community. Her e-Book teaching how to navigate the stock market is available at CashMoneyStocks.com.

“We encouraged [our children] to color their own reality,” said Yusuf Shabazz said.

Alderwoman Estella Shabazz is also proud of her daughter’s accomplishments both with the seafood restaurant and outside of it.

“My mother only went to the third grade, she said.

“But she insisted that her 10 children would be better, and we grew up to be a family of scholars. Because we kept our daughters close to us, they were doing whatever we were doing, and [Kalifa] modeled her behavior through that experience.”

Shabazz Seafood Restaurant is located at 502 W. Victory Drive and is open Monday through Saturday from noon until 8 p.m.

Fall Festivals in the South

With no tourists to hand out food, Bali monkeys are raiding homes

On a West Virginia Road Trip, Sample the Best of Appalachia’s Cuisine

The Hoddle of Coffee: Tottenham Hotspur News and Links for Monday, September 13

This website uses cookies to improve your experience while you navigate through the website. Out of these, the cookies that are categorized as necessary are stored on your browser as they are essential for the working of basic functionalities of the website. We also use third-party cookies that help us analyze and understand how you use this website. These cookies will be stored in your browser only with your consent. You also have the option to opt-out of these cookies. But opting out of some of these cookies may affect your browsing experience.
Necessary Always Enabled
Necessary cookies are absolutely essential for the website to function properly. This category only includes cookies that ensures basic functionalities and security features of the website. These cookies do not store any personal information.
Non-necessary
Any cookies that may not be particularly necessary for the website to function and is used specifically to collect user personal data via analytics, ads, other embedded contents are termed as non-necessary cookies. It is mandatory to procure user consent prior to running these cookies on your website.
SAVE & ACCEPT