The flat, on the third floor of a 1900s block just off Viale Angelico (it means Angelic Avenue) was warm and smelled of wax, clementines, simmering broth and fabric softener. Everyone arrived at noon and put their coats on the spare bed. Conversation and laughter filled the room as family members and two friends (some of whom hadn’t seen each other since the previous Christmas) swapped stories about their journey and the pleasure of parking when half of Rome is somewhere else. Presents were put under the tree, tinfoil-covered contributions in the kitchen and bottles on the sideboard next to the figs. Children were kissed and teenagers praised for getting taller.

At just after 12.30pm, a glass trolley with gold handles was wheeled in and parked near the sideboard. On it were crisps, pretzels, enormous olives (each impaled with a toothpick) and triangles of white bread – half topped with salmon, the other with what tasted like olive paste. A brief discussion took place about what to drink, because two bottles were not deemed cold enough yet. Bottles were squashed into the freezer for speed chilling, while other corks were popped and glasses filled.

At just after 1pm, once everyone was settled at a table laid the night before with “best” cloths, cutlery and crystal, a tureen the size of a watermelon was brought through. In it was steaming broth and 200 tortellini bobbing on its surface. There is a legend about this pasta shape that involves a keyhole and a belly button. More interesting, I think, are the diminutives: tortellini – a very small, filled pasta, is itself a diminutive of tortello – a small filled pasta; which again is a diminutive of torta– a pie or cake. A friend describes them as signet rings of pasta filled with a paté-like-paste of mortadella, pork, prosciutto and parmesan. They are laborious to make and, on Viale Angelico, are greeted with plenty of appreciation: “amazing, incredible, wonderful”.

The pop of a lambrusco cork was followed by almost-silence as everyone concentrated on how many tortellini they could get on a spoon. Noisy once more, and with the bowls cleared, roast veal stuffed with chestnuts appeared, various vegetables, too, and more wine was opened. After that came a big bowl of raw fennel, nuts and fruit, for which men brought out whittling knives and took off peel in a helter-skelter single strip. Someone unwrapped the panettone, while someone else transferred the contents of the liqueur cabinet to the middle of the table. Full of food and wine, and sitting around a cluttered table, everyone was slightly red and the scene warm with ruddy lustiness.

This is selective telling, of course. The flat also smelled of floor polish and the days of labour by someone who wished she didn’t have such a compulsion to clean; for whom appearing an effortless hostess demanded every gram of effort and a new crown. Two relatives remained on opposite sides of the room and everyone hoped they and their opposing political views remained that way, even after grappa. Two mothers chatted competitively, trying to extract as much information from the other as possible, while a grandson, taller and much thinner than the year before, only ate broth and fennel. And now my telling has swung too far the other way, to a lunch of hidden resentment, sadness, compulsion and indigestion.

But it swings back again. As plates were being moved into the kitchen, someone started to sing with a granddaughter on piano while one mother tells another: “There is the possibility of a scholarship, you know? The teacher says she is very gifted!” The white cloth has been lifted, shaken out of the window and replaced with an elasticated green baize; the cards are out, and the oldest are teaching the youngest to play scopa, seven on seven, five and one on six. A film was planned. By six, the house smelled of grappa, spiced biscuits and melted plastic, because one of the flats on Viale Angelico’s Christmas lights had fused to an angel hanging on the Christmas tree.

Tiny, belly button-like pasta stuffed with pork and parmesan, tortellini are typical of the Emilia-Romagna region. They are a lot easier to make than you might imagine and are cooked directly in the broth they are served with. They also make a typical and sublime Christmas first course. This recipe makes about 220 tortellini; they are small, so estimate 30 per person. Many hands are useful here. Once made, the pasta will keep, covered, for two days in the fridge; they also freeze brilliantly, as does any leftover filling.

First, make the filling. In a heavy-based pan, melt the butter , then add the pork and cook, crumbling the mince into the pan and stirring, until lightly golden. Lift the pork out of the pan, put in a bowl and leave to cool.

Mince the prosciutto and mortadella very finely (use a meat grinder, food processor or very sharp knife), chopping them almost to a paste, then add to the pork bowl with the egg yolk, parmesan, salt, pepper and lots of nutmeg. Use your hands to knead everything to a consistent and uniform paste, then cover and put in the fridge to rest overnight.

Start the stock: put the chicken and veal bone, if using, in a large, heavy-
based pan, cover with two litres of cold water and add a large pinch of salt. Bring to a boil, turn the heat down low and skim off any froth that rises to the surface. Add the vegetables, bay leaf and peppercorns, bring back to a boil, then turn down the heat again, cover the pan and leave to simmer very gently for an hour and 15 minutes. Strain, reserving the broth.

Meanwhile, make the pasta dough. Mix the flour and eggs, then use your hands to combine and knead into a consistent ball of dough. Cut the dough in two, then use a pasta machine to roll it through all the stages to achieve the thinnest possible sheets. Cut the long lengths of pasta into manageable, 20cm-long sheets.

Using a sharp knife, cut each dough sheet into 2½cm squares. Working a few squares at a time (and covering the rest with a cloth or clingfilm, so they don’t dry out), put a pea-sized dot of the filling in the centre of each square. Pick up the square, fold it in half diagonally, then use both thumbs to press and flatten the edges to seal, folding the corners down. Now, with the point to the sky, close the triangle into a ring around the tip of an index finger, so it makes a pointy signet ring, and pinch hard to make sure it seals. Repeat with the remaining pasta and filling.

Bring the strained chicken broth to a steady boil, drop in the tortellini and boil for five or six minutes, or until tender. Serve immediately, with extra cheese on the side.

Over £10
Sassomoro Lambrusco di Modena Castelvetro £13.29 Great Wine Co, 11%. Wild, frothy red lambrusco is the classic pairing for tortellini in brodo, according to Rachel, and is sometimes even splashed into the broth. I’d prefer it with a turkey sarnie myself, but give it a try.

A celebratory pasta bake with two types of mushroom, cheese and bechamel. It is really important that the mushrooms are well seasoned and full of flavour. Ideally, you will make this in a dome-shaped tin, large mould or even a deep cake tin – the more dramatic, the better. You will then invert it, so it’s important the pasta doesn’t stick – make sure you butter and breadcrumb the tin thoroughly.

Soak the porcini in 300ml warm water for 20 minutes. Meanwhile, in a frying pan, saute the fresh mushrooms, garlic, thyme and salt in the butter and oil, until they start to soften and have given off some liquid: be careful not to overcook them and boil it off, though; there should be some deliciously rich juices. Take the pan off the heat, then drain and chop the porcini and stir into the mushroom pan.

Cook the pasta in boiling salted water for two minutes short of the recommended cooking time, then drain and set aside. Butter and breadcrumb your chosen timballo tin, and heat the oven to 200C (180C fan)/390F/gas 6

Bake the timballo for 20 minutes, then remove and leave to rest for a few minutes. Place a plate on top, flip over to invert and release the timballo from its tin, and serve immediately with a huge green salad and more grated parmesan.

Under £10
Valpolicella Ripasso Superiore 2019 £7.99 Lidl, 14%. Smartly bottled valpol that would look good on the Christmas table.

Over £10
EH Booth & Co Barolo 2017 £19 Booths, 14%. Exceptionally elegant, own-label barolo, perfect for the rich timballo. (Aldi and Majestic’s own-label barolos, while not in the same class, are decent, too.) 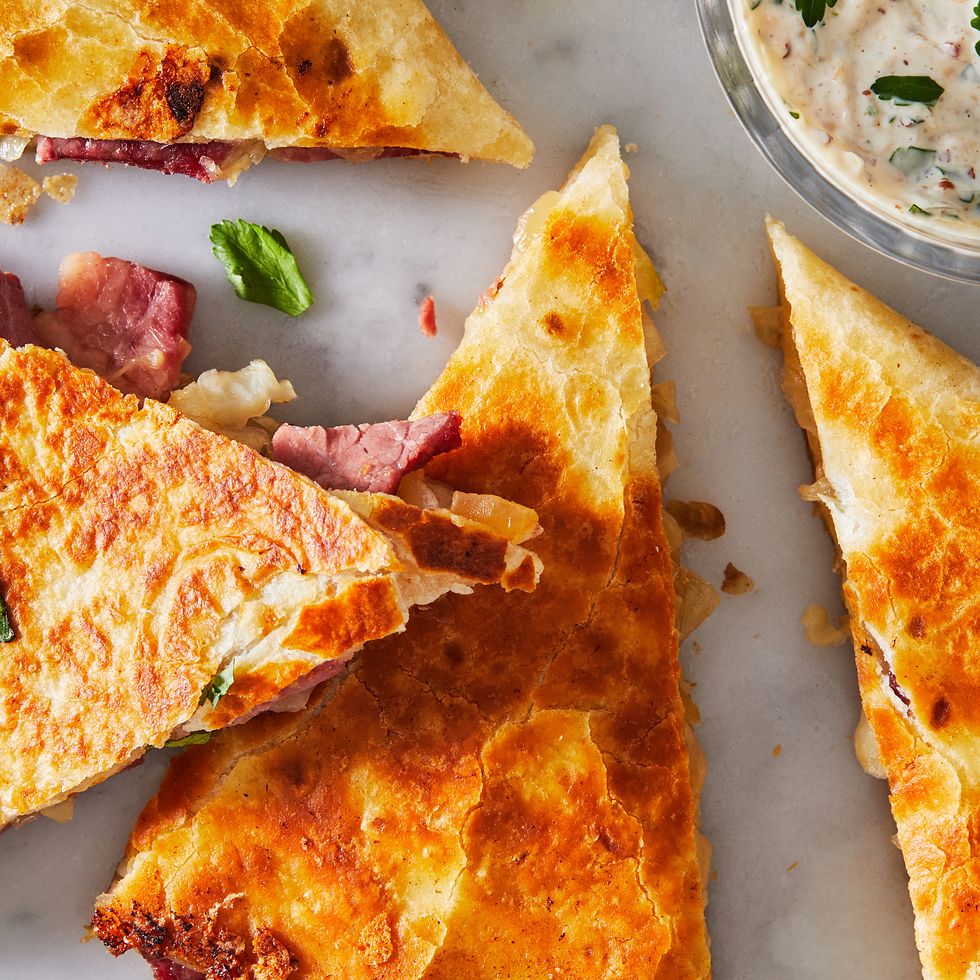 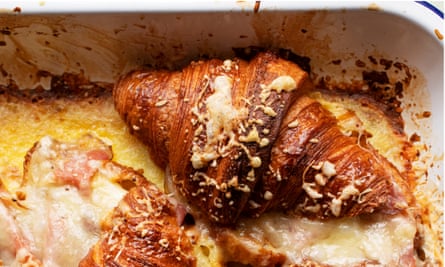 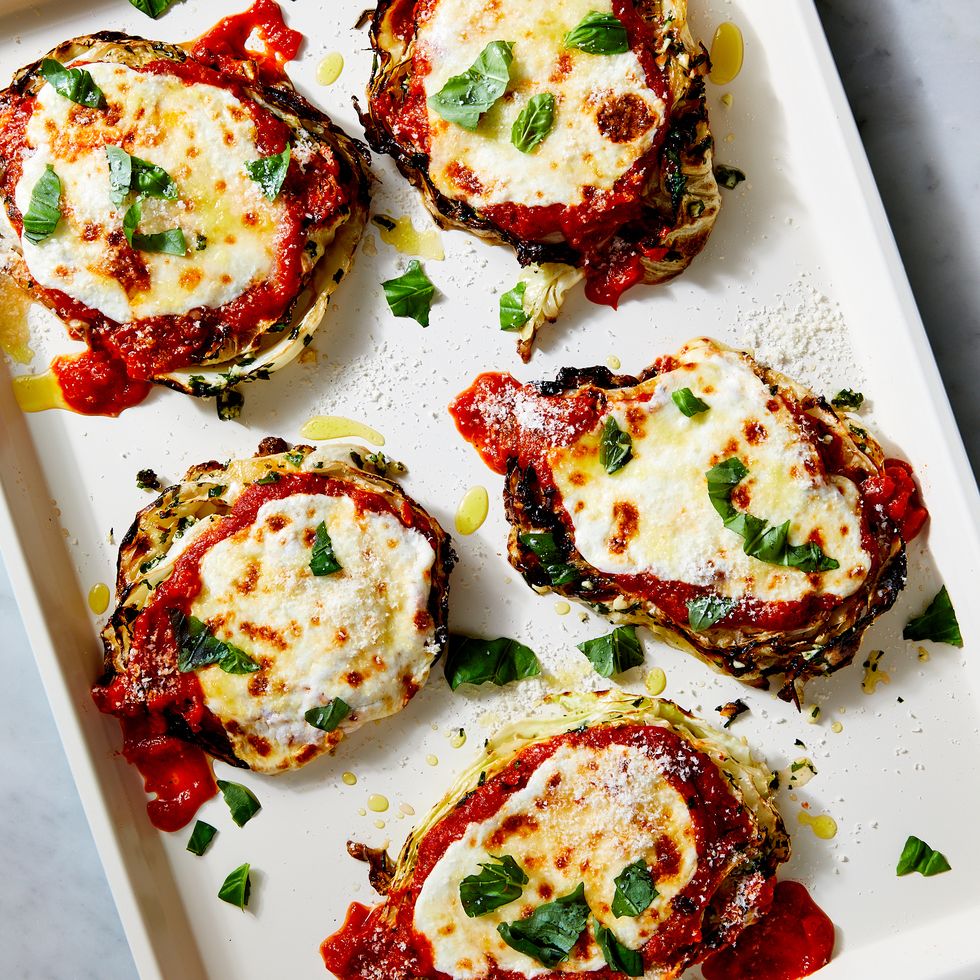