A McDonald’s location in Marshfield, Missouri, has started a sign war with a neighbouring Dairy Queen, and it’s getting cheekier each day.

The beef between the two fast-food rivals was documented by the Marshfield Area Chamber of Commerce, no less. They posted photos on their official Facebook page, showing the lettered signboards outside the two establishments having a quiet, but shady, battle.

Of course, McDonald’s was the agent of chaos who started it all when they put up a sign reading, “Hey DQ! Wanna have a sign war?”

“We would, but we’re too busy making ice cream,” they said, referring to McDonald’s notoriously dysfunctional ice cream machines.

“That’s cute,” they wrote. “Our ice cream makes itself.” 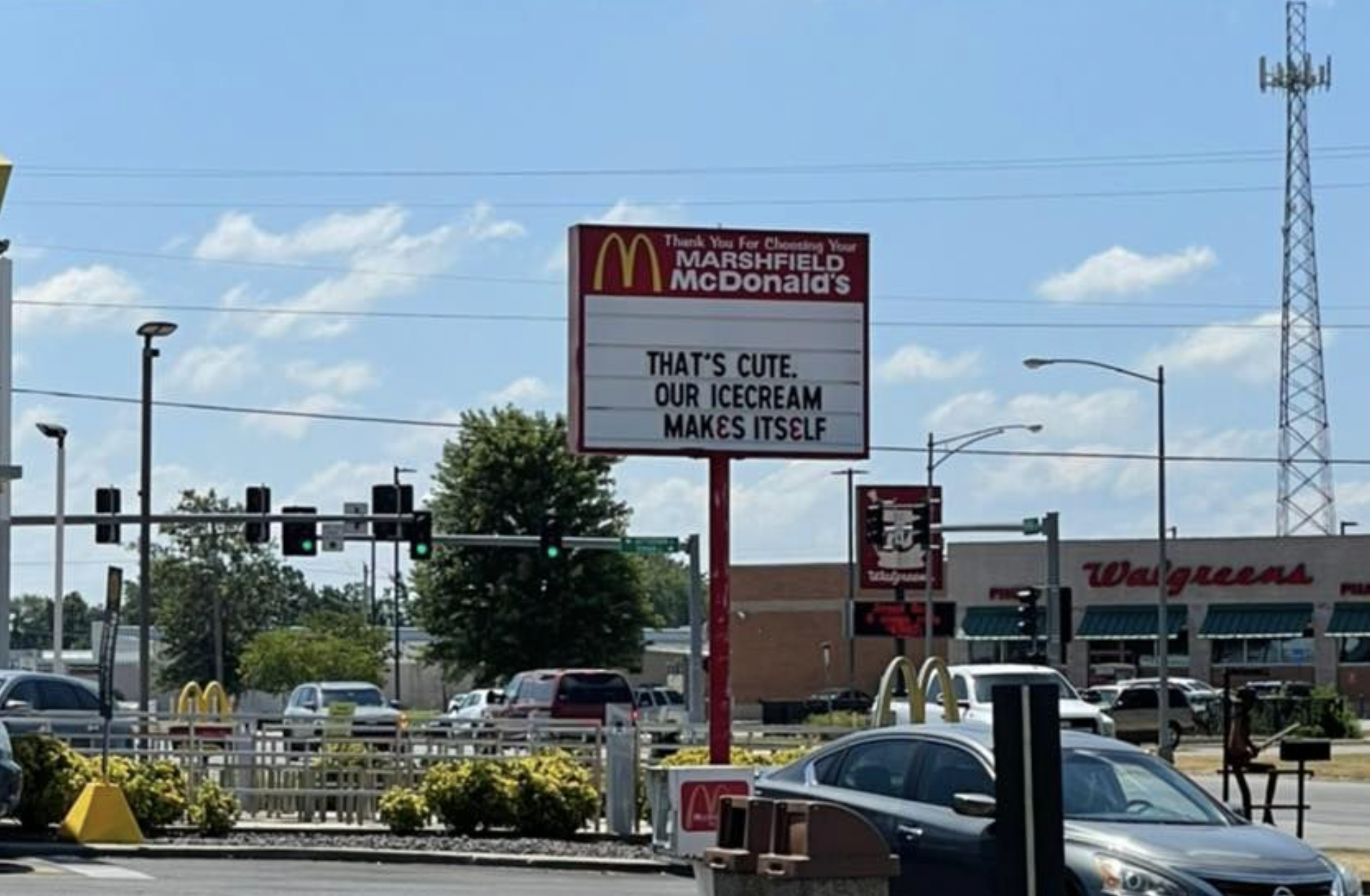 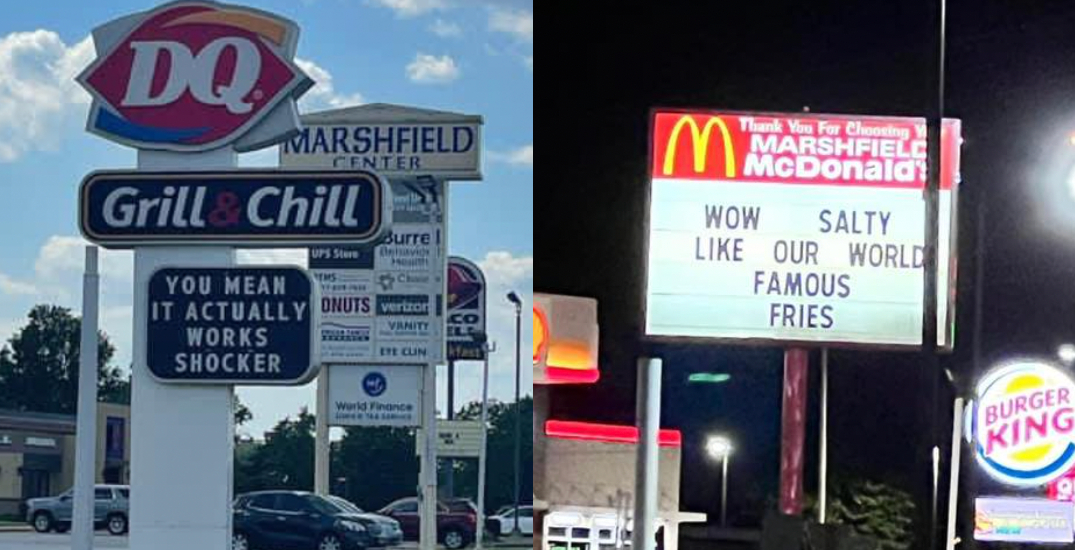 And then Dairy Queen dropped the mic with the shadiest line of them all:

“Why dine with a clown when you can with a queen?”

Uh-oh. Someone do a wellness check on Mr. Ronald McDonald. 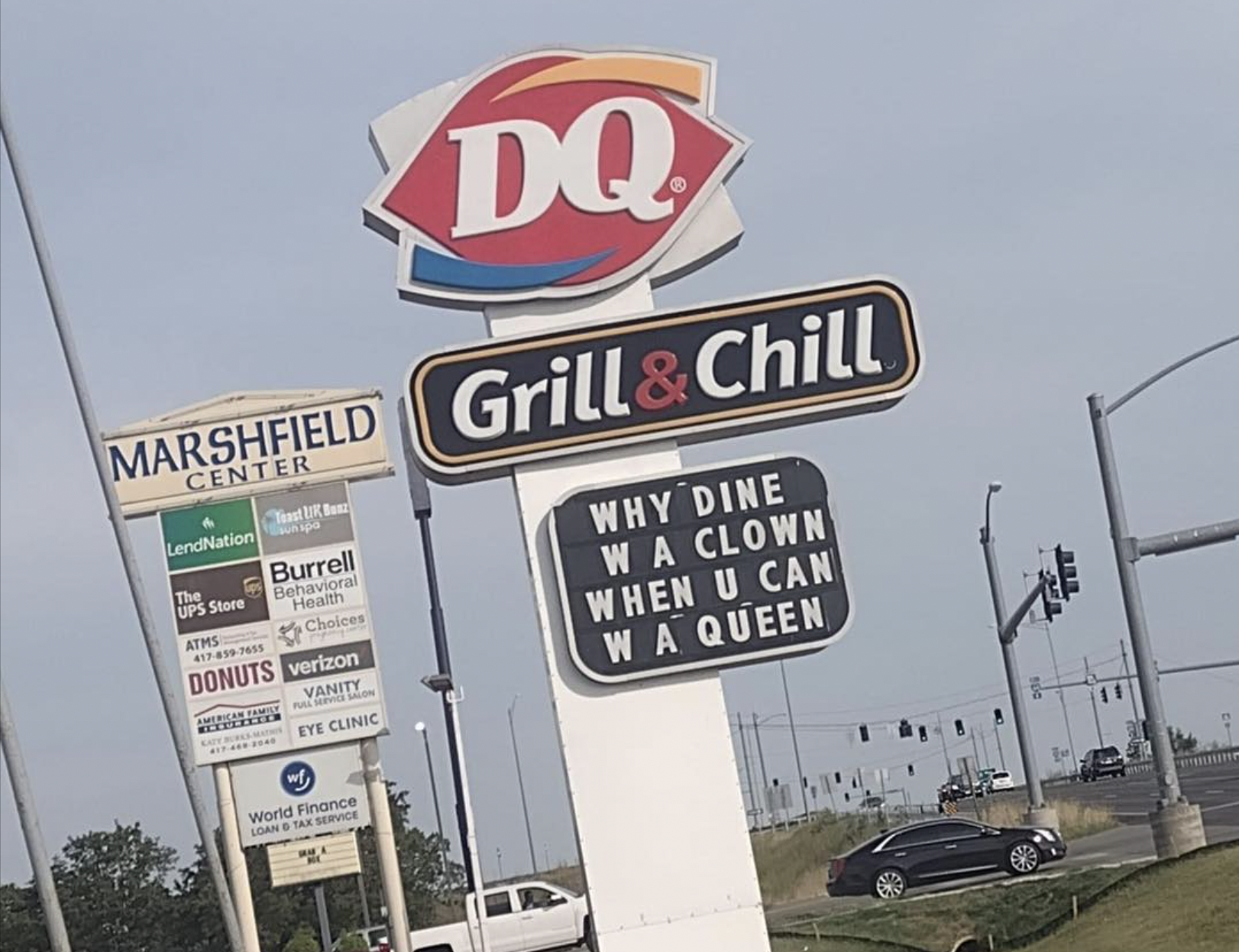 McDonald’s next comeback sounded like something you’d overhear backstage at RuPaul’s Drag Race. 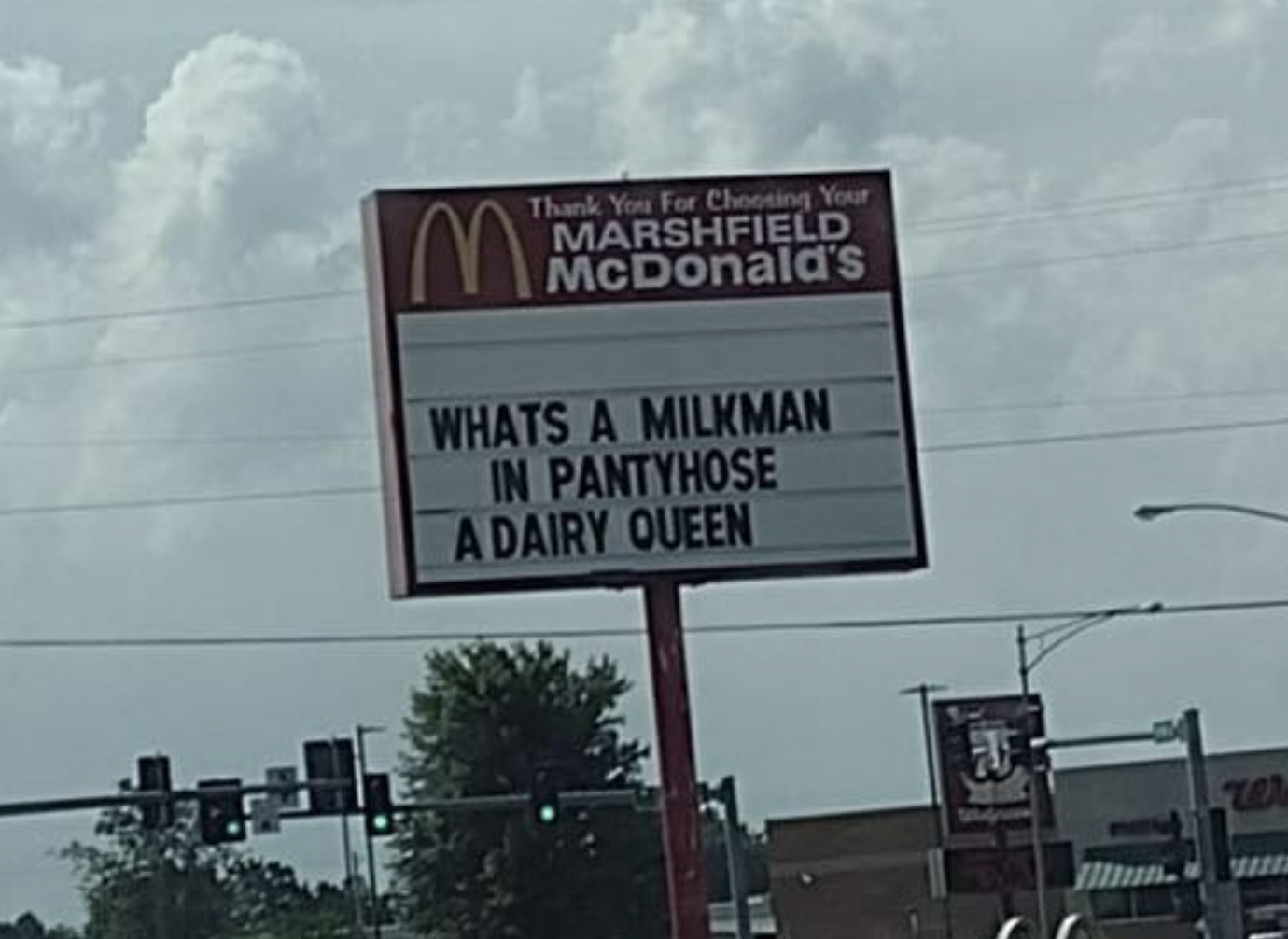 Oh boy, call it the McDonald’s hot coffee lawsuit of 1994 because that is a BURN.

Dairy Queen responded with a cold threat: “Behave, or we’ll flip you like our blizzards.”

Now that’s what you call a grill and chill. 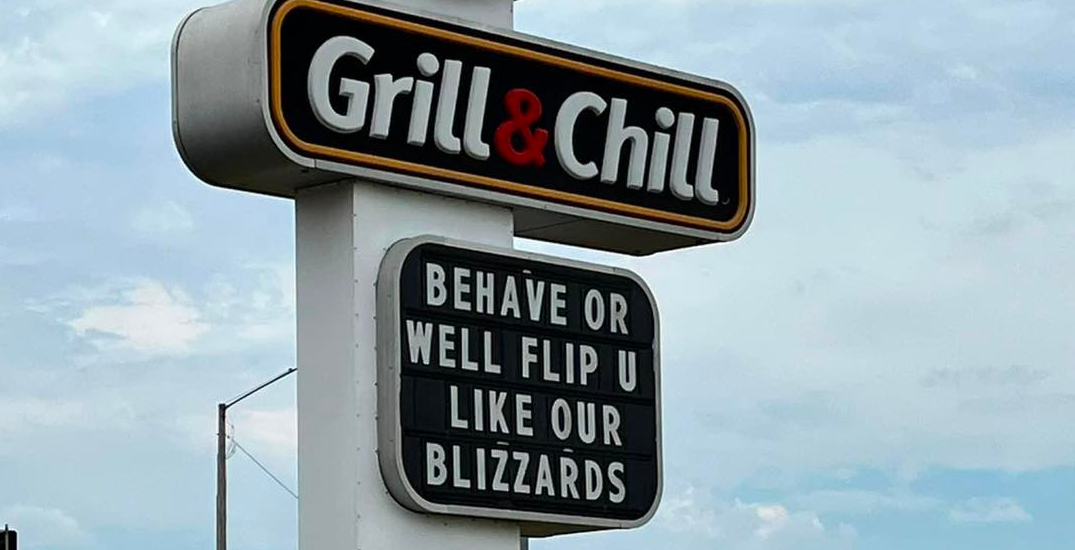 Even Miss Wendy decided to join in. The girls are FIGHTING. 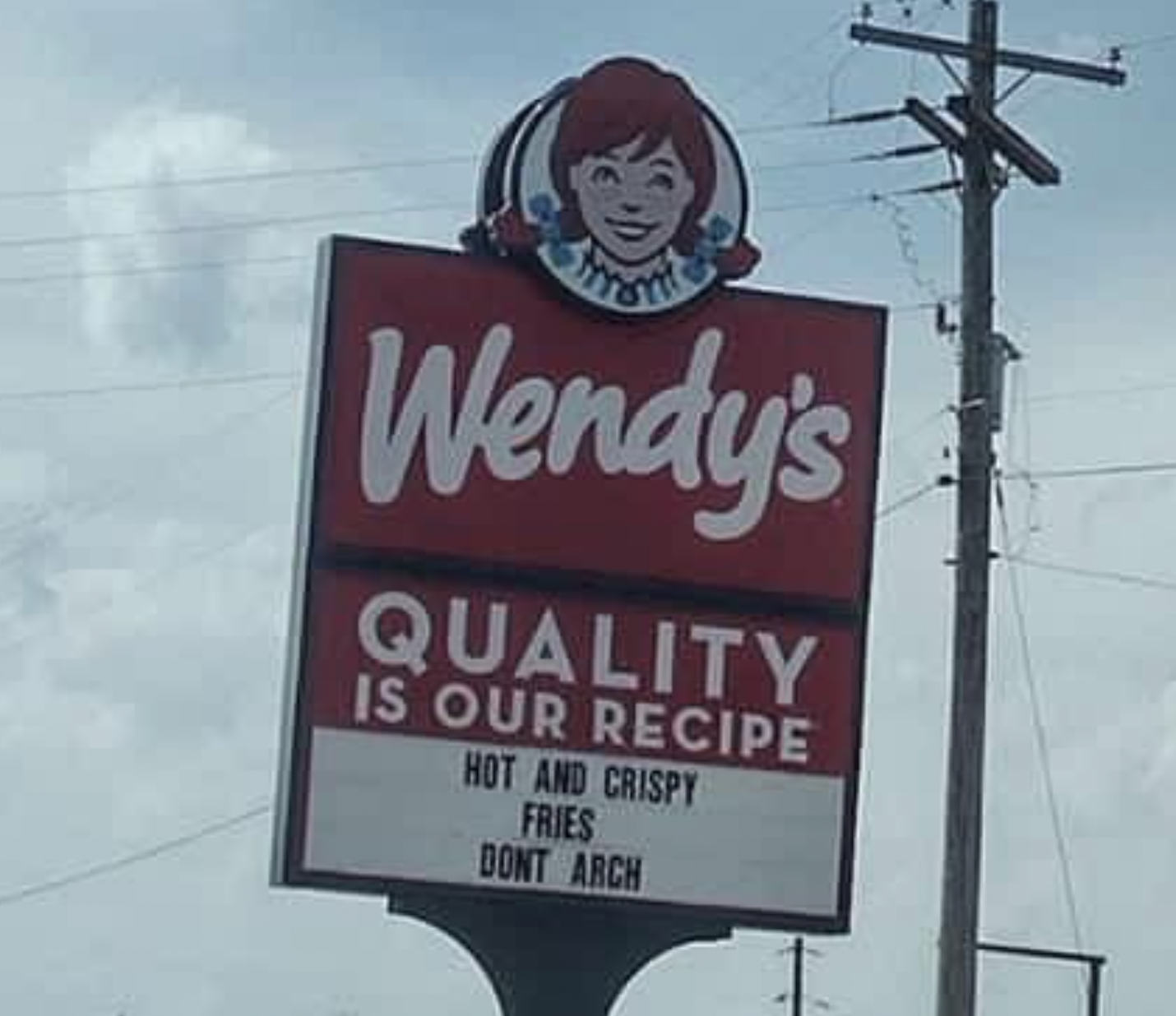 And Ol’ McDonald’s was dragged through the mud for their frozen beef patties. 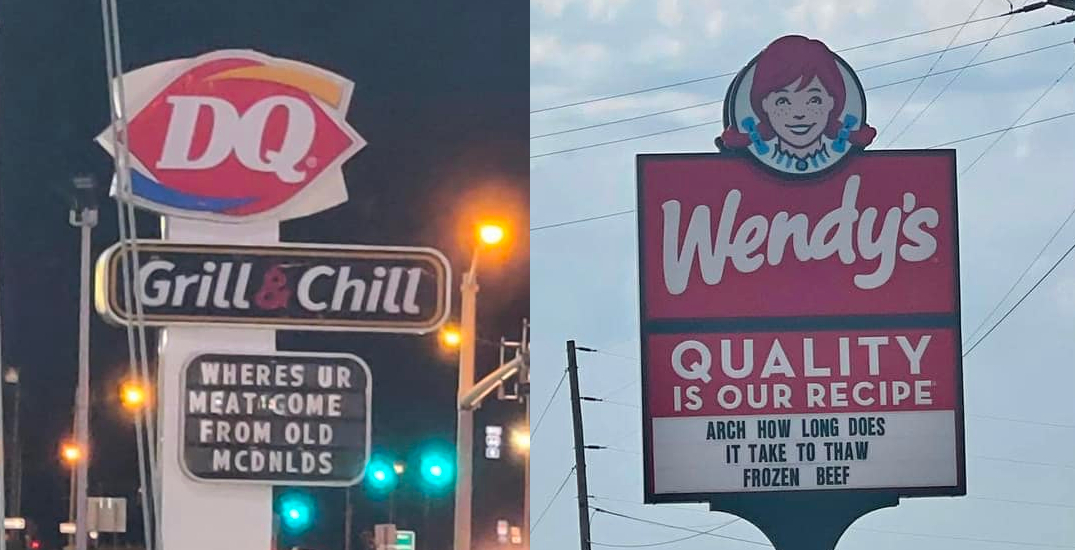 Soon enough, local businesses began joining in as spectators, hungry for the drama.

You can almost hear the popcorn crunch. 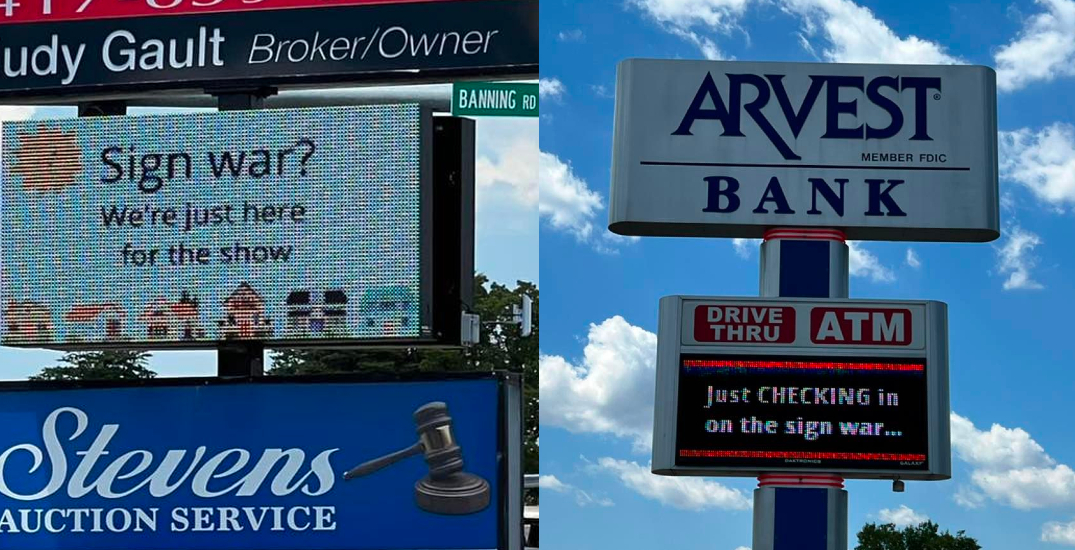 The Marshfield Area Chamber of Commerce is updating their Facebook post as more signs from other brands — including Domino’s and Pizza Hut — keep rolling in.