Summer cooking, for me, means one of two things: either not cooking – who needs to, when you can eat Greek salad three times a day? – or else, when you do, really going for it. It’s about transporting yourself to the seaside with a special plate of fish, conjuring up an atmosphere with tropical fruit, and generally packing in as much colour as you can.

Ask your butcher for thick-cut chops – the bone-in kind with a thick layer of fat on, which crisps up very nicely in the pan. If you would like to get ahead, marinate the chops and make the mash the day before.

First, marinate the pork. Put all the marinade ingredients in a spice grinder with a teaspoon of salt and blitz finely. Take a tablespoon of this mix, put in a small bowl with the zest and a teaspoon of flaked salt, crush with your fingers to make a spice salt. Crush the mixture between your fingertips to make the spice salt. Rub the remaining mixture evenly on to the chops. Leave to marinate at room temperature for at least one hour or, if getting ahead, store in the fridge for up to 24 hours. Just make sure to bring to room temperature at least 30 minutes before cooking.

Heat the oven to 200C (180C fan)/390F/gas 6. Add all the mash ingredients to a food processor along with two tablespoons of water and half a teaspoon of salt. Blitz for 30 seconds until almost smooth and transfer to a bowl. Cover and set aside for later.

Sprinkle three quarters of a teaspoon of fine salt over the chops. Put them fat-side down in a large, cold, cast-iron pan with half a teaspoon of oil. Turn the heat to medium-high and cook for two to four minutes, until the fat is rendered and crisp.

Add half a teaspoon of oil, turn the chops on their side and sear on each side for 45 seconds, and repeat once more (if your pan isn’t big enough, put on a tray to one side and sear one by one). Arrange the chops, skin side down and transfer the pan to the oven. Cook for nine minutes, remove from the oven and set aside to rest for five minutes. The chops should be slightly firm and bounce back when pressed in the centre.

For the kiwi salsa, put all the ingredients in a medium-sized bowl and mix well.

Put the chops on to a chopping board and slice along the bone to separate the meat, then cut the meat at an angle into ½cm strips.

Spoon the bean mash on to each plate and arrange the pork slices on top. Sprinkle over the spiced salt generously and serve with the salsa on the side.

This is a great summer dish, because most of its components can be made ahead. If you like, make the masala and marinate the fish the day before. Serve alongside plenty of rice or rotis.

First, make the masala. Put the curry powder, ginger, garlic, coriander stems, tomato paste, lime leaves, tomato, sugar, 60ml water and a quarter-teaspoon of salt in the small bowl of a blender. Blitz until smooth, using a spatula to scrape down the sides as necessary.

Put a large saute pan on a medium heat and toast the chickpea flour for two to three minutes until smelling nutty and golden. Pour into a bowl, wipe the pan clean and return the pan to a medium-high heat with two tablespoons of the oil. Add the masala and cook, stirring frequently, for five minutes, until most of the liquid has disappeared. Stir in the carom seeds and 200ml water and cook for another 10 minutes until thickened and glossy. Mix in the chickpea flour, take off the heat and leave to cool.

Heat the oven to 240C (220C fan)/465F/gas 9. Using a sharp knife, make three to four 3cm wide cuts on both sides of the fish from the collar all the way to the tail. Make sure the cuts are deep – all the way to the bone. With your hands, rub one tablespoon of the oil and a quarter-teaspoon of of salt all over each fish. Then, divide the masala equally between the two fish and rub the mixture into the cuts, belly and on to the skin to form a thin coating.

Put the fish on a large parchment-lined tray and bake for 20 minutes, until the masala is dry and dark in patches. Remove from the oven and set aside for five minutes.

Meanwhile, make the salsa. Put the coriander leaves with the remaining three tablespoons of oil, lime zest and an eighth of a teaspoon of salt in the bowl of a small food processor. Blitz until almost smooth, and put in a bowl. Stir in the chilli and two teaspoons of lime juice and set aside.

To make the salad, put the carrot, cucumber and onion in a medium bowl with a half-teaspoon of oil, the remaining teaspoon of lime juice and an eighth of a teaspoon of salt. Mix well and set aside.

Carefully lift the fish on to a large serving platter and spoon over the salsa. Serve with the ribbon salad on the side.

The Guardian aims to publish recipes for sustainable fish. Check ratings in your region: UK; Australia; US.

At their most mighty in the summer, sweet and earthy beetroots are incredibly versatile. We love them as a dip, whipped up with some heat and some acid. Salsa macha is a spicy, oily sauce from Mexico that will keep for a week in the fridge; double the recipe if you like and enjoy it with fried eggs.

First, cook the beetroot. Put them in a large saucepan, cover with plenty of salted water and bring to a boil over a high heat. Turn the heat down to medium and simmer for 90 minutes until cooked through (a knife should go through easily).

Drain in a colander and set aside to cool enough to handle and peel. Discard the skin. Roughly chop the beetroot and put half in the large bowl of a food processor and pulse a few times to a chunky texture. Add these to a large mixing bowl. Blitz the remaining beetroots to a puree for 30 seconds and add to the bowl along with the tahini, molasses, lime juice and quarter teaspoon of salt. Mix to combine and set aside.

Meanwhile, make the salsa macha. Put all the ingredients in a medium mixing bowl and an eighth of a teaspoon of salt and a good crack of black pepper. Mix well and set aside.

For the topping, mix the lime zest, coconut chips and coriander in a small bowl and set aside.

Spoon the beetroot mash on to a large, lipped platter, using the spoon to create swirls and dips. Splatter the salsa over and serve with the coconut chip mixture sprinkled on top. 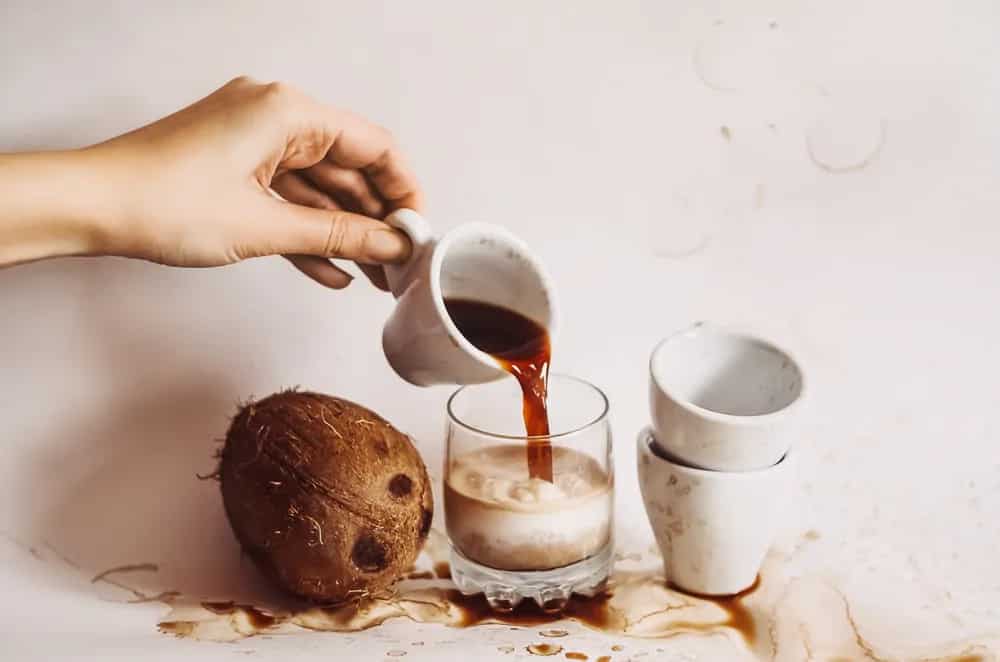