With an estimated two million New Yorkers struggling to afford enough food, mayoral hopeful Kathryn Garcia is releasing a health plan that aims to get New Yorkers access to primary care doctors and mental health support — but also get their hands on healthy food.

As part of her health policy platform, set to be released Monday and first reviewed by POLITICO, Garcia, the former city Sanitation commissioner and “food czar” during the Covid-19 pandemic, proposes a city subsidy to help families pay for meals at community restaurants.

It would double as a way to promote healthy eating — making nutritious hot meals as cheap as junk food — and a boost for small businesses walloped by the pandemic, according to her campaign.

It’s one of several proposals to boost nutritional access, which also include investing money to shorten the distance people have to travel to buy or pick up healthy food, and paying for fresh and culturally specific food rather than just canned goods and nonperishables for food pantries.

“Good nutrition plays a lifelong role in health outcomes. But for too many low-income households, the cost of healthy food and its limited availability nearby makes it impossible to eat healthy,” Garcia said. “Even before the pandemic, more than a million New Yorkers — including 1 in every 5 children — were experiencing food insecurity, and that number has only increased. We know that inadequate access to healthy food puts New Yorkers at a higher risk for chronic illness, including cardiovascular disease, diabetes and cancer.”

Mayor Bill de Blasio tapped Garcia to oversee the distribution of millions of meals as hunger soared during the pandemic, given out at shuttered school buildings and delivered to the homes of seniors who could not safely go out.

Aside from Sanitation commissioner and food czar, Garcia was also put in charge of lead remediation and served a brief stint as head of the New York City Housing Authority under de Blasio. She has pursued a mayoral campaign focused on her management chops, though polls have shown her trailing better-known contenders.

Garcia’s restaurant subsidy plan would tackle a gap in the federal food stamp program, which prohibits SNAP benefits from being used on hot prepared food.

Qualifying families would get nutrition assistance dollars, which could be used to buy meals at restaurants that meet requirements for both nutrition and providing jobs with good pay and benefits.

The program would launch first in neighborhoods with the most food insecurity and target restaurants like Emma’s Torch, Brownsville Community Culinary Center and Rethink Cafe.

Garcia also proposes making halal and kosher meals available to all public school students and reaching out to New Yorkers who have received free emergency meals during the pandemic to sign them up for food stamps.

Other aspects of Garcia’s health care plan call for creating mobile health vans that would do house calls, conducting primary care doctor’s appointments at the homes of people who are unable to get out. She would also expand the online appointment program for New York City Health + Hospitals, the city’s public hospital system, so more people could see a doctor virtually from home.

Garcia is proposing keeping some health clinics open 24 hours a day and creating new bus routes that mirror the trips people need to take to get to health centers.

She pledges that any patient would be able to get an appointment with a primary care doctor at the public hospital system, within a week and a specialist within ten days.

“Quality health care should not be so difficult to find, afford and access,” she said. “Every day, New Yorkers navigating health care and social services experience frustration and bureaucracy.”

On the mental health front, the mayoral hopeful supports sending mental health professionals alongside police to respond to 911 calls, but does not call for removing cops entirely from mental health calls crisis calls as some candidates have advocated.

She also wants to open supervised injection sites, locations where drugs could be used with trained staff on site to prevent overdoses. The de Blasio administration proposed opening such sites, but the effort has stalled.

This article tagged under:

Don’t Think Too Hard About Whether Fast Food Is ‘Healthy’ 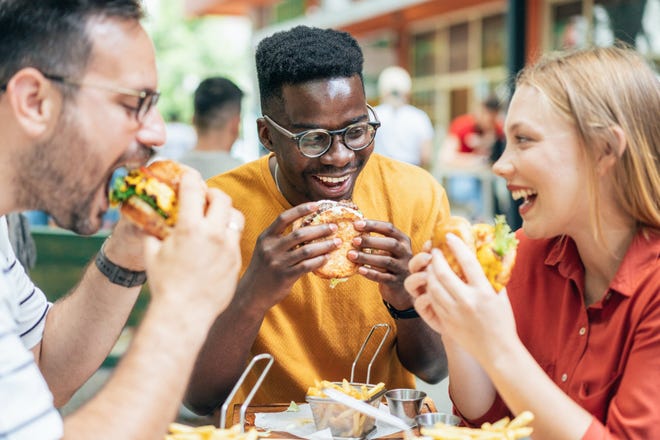 How long does it take to digest food? Tips to help improve digestion.